At II Bellota Con we will have the demonstration of the prototype designed by Carlos Diaz entitled "La batalla de las Navas de Tolosa" (The Battle of the Navas de Tolosa) :

It is the recreation of the biggest and most important battle carried out in the Reconquest, whose victory gave Castile a free way to enter Andalusia. It was organized as a Crusade sponsored by the Archbishop of Toledo with the support and blessing of the Pope and in addition to all the peninsular Christian kingdoms came crusaders from various points in Europe. For their part the Muslims also accumulated a very large army under the command of the Caliph Almohad composed of Andalusian troops, Berbers, Arabs, Kurds etc and a large group of jihadists ready to sacrifice for Allah.

It is a game for 2 players where each side alternates activations and cavalry charges play an important role. There are different types of troops with their own characteristics such as religious fanatics, crusaders, heavy cavalry, camel troops, light cavalry, troops with the ability to shoot, etc.. 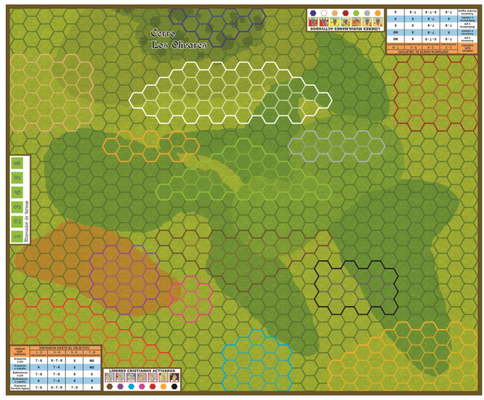 The growth of the Bellota Con is a reality when we are only celebrating its second edition. Thanks to all the publishers and attendees who make possible this convention exclusively about board wargames.